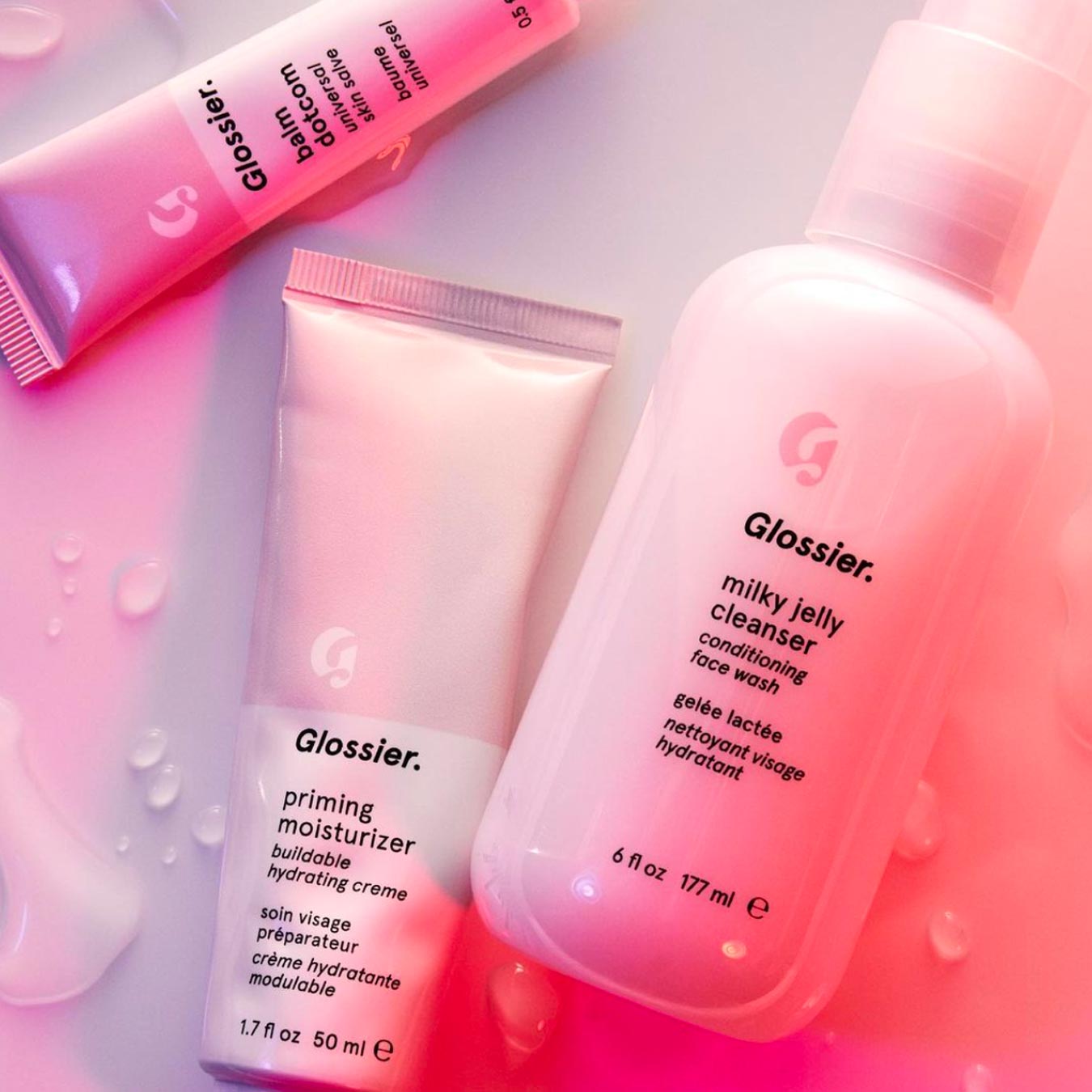 Is Glossier Cruelty-Free and Vegan?

Make a positive impact by supporting companies with the same values and ethics as what matters most to you. To navigate and find ethical brands, here’s a summary of Glossier’s ethics and initiatives.

Is Glossier cruelty-free, vegan, or sustainable? We’ve got the answers here! Read below for more details on Glossier’s policies.
Is Glossier Cruelty-Free?
Glossier is cruelty-free. None of Glossier’s ingredients, formulations, or finished products are tested on animals anywhere in the world.
Is Glossier Vegan?
Not all of Glossier’s products are vegan, but they have some vegan options.
Is Glossier Sustainable?
Glossier claims they’re committed to limiting excess and wasteful packaging by offering a Limited Packaging option for orders placed on their website. Glossier had also discontinued a product that contained non-biodegradable glitter.
Is Glossier Mica Ethically Sourced?
It’s not clear where Glossier’s mica is mined or sourced from and how they trace or audit to ensure no child or forced labor was involved.
Is Glossier Plastic-Free or Low/Zero-Waste?
Glossier’s products come in plastic packaging, but they offer a Limited Packaging option where customers can opt-out of the pink pouch and any packaging extras. Their shipping boxes are also made from 100% recycled content and no longer contain sticker sheets and unnecessary liners.

You can find Glossier cruelty-free products at glossier.com and Amazon.

By our standards, we would consider Glossier to be Cruelty-Free.

Below is a screenshot of Glossier’s official animal testing statement:

Glossier has confirmed they do not sell their products in retail stores in mainland China; therefore, they are not required to test on animals.

In the case of Glossier, not all of their products are vegan. But they have some products that are suitable for vegans.

How to know which of Glossier’s products are vegan?

All of Glossier’s vegan products are clearly marked on their website. See below for an example.

Which of Glossier Products is Vegan?

Below is a list of Glossier products that are suitable for vegans and do not contain any animal-derived ingredients or by-products.

The following products from Glossier are not considered vegan as they contain beeswax, honey, lanolin, carmine, or Ambrettolide—a synthetic musk.

“To create Ambrettolide, the lab uses sap from tree bark. The reason we can’t call this ingredient (or Glossier You) vegan is that this sap may contain saliva from bugs that live in the trees.” – Glossier

Where are Glossier’s products made?

When I asked Glossier where their products are manufactured, they told me:

“We make our formulas all over the world. You can find this information listed on the packaging for each of our products.”

So I asked Glossier if their mica is ethically sourced without the use of child labor and they responded by stating,

“Thanks for reaching out about the Mica in our formulas!

At Glossier, we carefully choose every single partner we work with: not only based on quality of service, but also based on the efforts and results that partner shows in working in an ethical way—from their sustainability approach to their employment policies and guidelines. You can read more about our supply chain standards here.”

Glossier claims they choose to work with ethical partners but did not specifically address where their mica is sourced from and how they audit or trace to ensure no child labor was involved in mining their mica.

I hope this article helped you to understand Glossier’s cruelty-free and vegan status and by choosing cruelty-free together, we can help end animal testing for cosmetics once and for all!