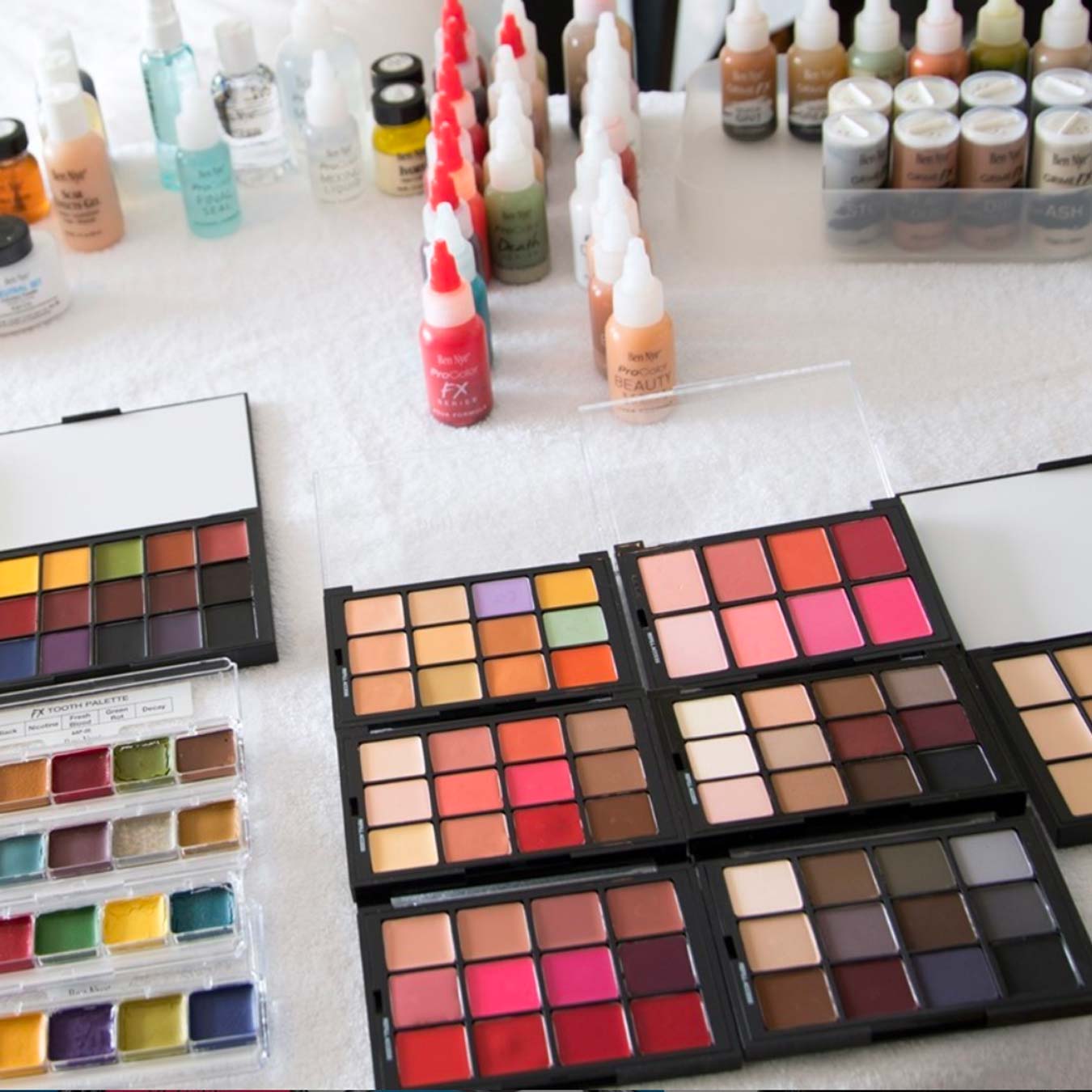 Is Ben Nye Cruelty-Free and Vegan?

Make a positive impact by supporting companies with the same values and ethics as what matters most to you. To navigate and find ethical brands, here's a summary of Ben Nye's ethics and initiatives.

Is Ben Nye cruelty-free or vegan? We’ve got the answers here! Read below for more details on Ben Nye’s policies.
Is Ben Nye Cruelty-Free?
None of Ben Nye’s ingredients, formulations, or finished products are tested on animals, anywhere in the world. But Ben Nye sells makeup brushes made with animal hair.
Is Ben Nye Vegan?
Ben Nye claims to have some vegan options, but they also sell animal hair makeup brushes.

Ben Nye Makeup manufactures the beauty, SFX, and stage makeup for artists around the world.
COMPANY BASED IN: USA
CERTIFICATIONS: N/A

Ben Nye is known for their high-quality special effects and stage makeup products used and loved by professional makeup artists from around the world but is Ben Nye cruelty-free and vegan?

Ben Nye does not test any of their products, ingredients, for formulations on animals, anywhere in the world. However, Ben Nye sells makeup brushes made with animal hair.

Below is a screenshot of what’s currently stated on Ben Nye’s website:

Is Ben Nye Sold in China?

Not all of Ben Nye’s products are vegan as some of their products contain carmine, beeswax, lanolin, shellac, stearic acid, and/or other animal-derived ingredients. Also, some of Ben Nye’s makeup brushes are made with animal hair.

Below is a screenshot of what’s currently stated on Ben Nye’s website:

The following Ben Nye products do not contain any animal-derived ingredients or by-products. This vegan product list was provided by Ben Nye.

Note that this vegan list was provided by Ben Nye but I always encourage you to check and read ingredient lists before buying. I take these vegan product lists provided by brands at face value and they’re often not a complete list.

I’m only sharing what brands specifically told me so, continue to do your research and always check the ingredients.

Below is a list of Ben Nye makeup products and makeup brushes that are NOT vegans (this non-vegan product list was provided by Ben Nye):

Where are Ben Nye cosmetics made?

“Nearly all Ben Nye products are crafted by hand at our facility in Los Angeles, allowing our color experts and production teams to verify the consistency of every batch produced.”

Is Ben Nye’s Mica Ethically-Sourced? Ben Nye claims their mica is ethically-sourced without the use of child labor.

“Thanks for reaching out to us about our ingredients and sourcing.

Yes, we source our ingredients and materials from companies who commit to preventing forms of modern slavery, including child labor, in their business or supply chain through auditing, evidence-based certification, and other proactive practices.

I hope this article helped you to understand Ben Nye’s cruelty-free and vegan status and by choosing cruelty-free together, we can help end animal testing for cosmetics once and for all!