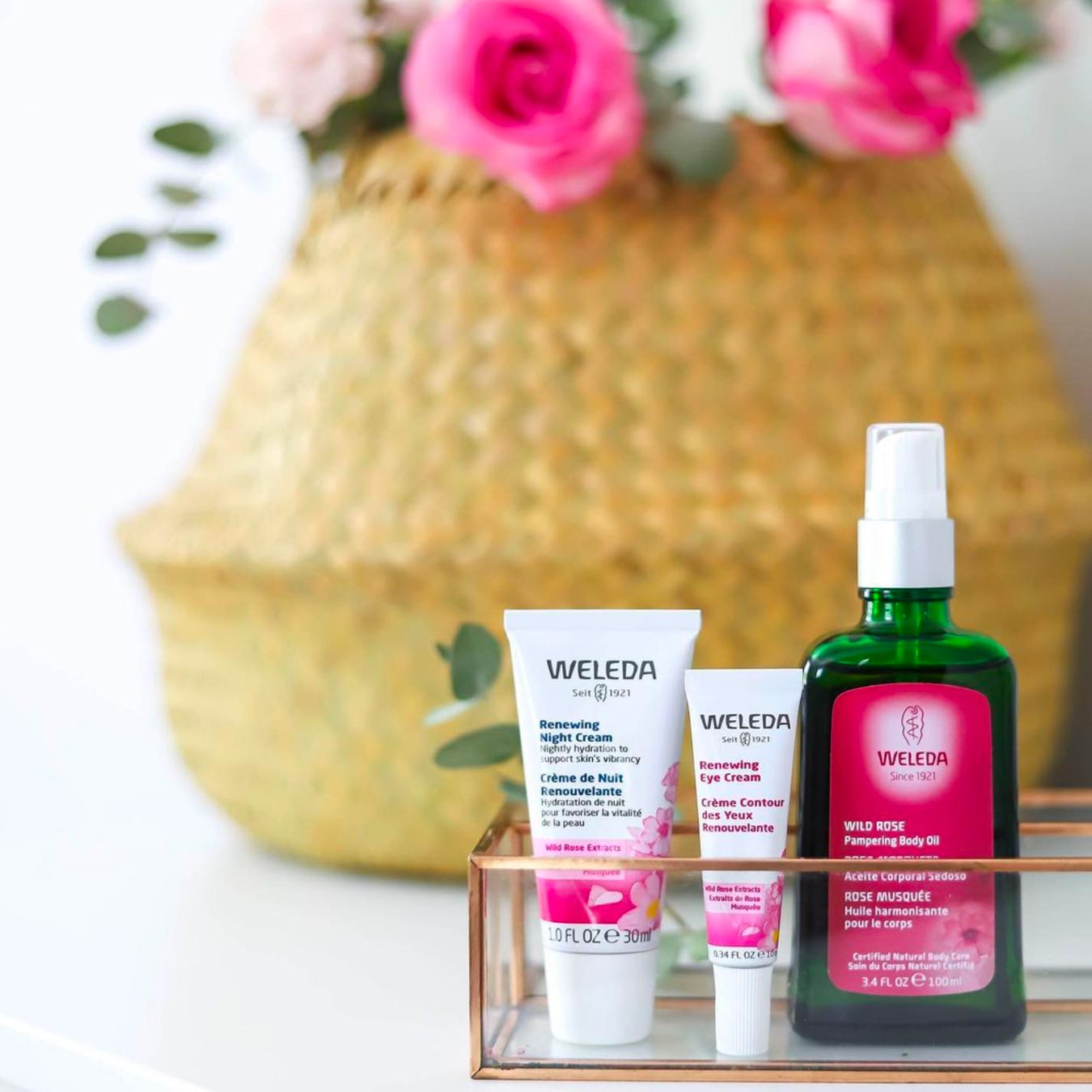 Is Weleda Cruelty-Free and Vegan?

Make a positive impact by supporting companies with the same values and ethics as what matters most to you. To navigate and find ethical brands, here’s a summary of Weleda’s ethics and initiatives.

Is Weleda cruelty-free, vegan, or sustainable? We’ve got the answers here! Read below for more details on Weleda’s policies.
Is Weleda Cruelty-Free?
Weleda is cruelty-free. None of Weleda’s ingredients, formulations, or finished products are tested on animals, anywhere in the world.
Is Weleda Vegan?
Not all of Weleda’s products are vegan but they have some vegan options.
Is Weleda Sustainable?
Weleda claims they use “organic, biodynamic, or wild-crafted (from wild plants) whenever possible.” And they also claim their NATRUE-certified products are “produced using sustainable production processes and environmentally friendly practices.” And as part of Weleda’s sustainability initiatives, they implement practices to reduce their water and energy consumption and they offer a recycling program in partnership with TerraCycle.
Is Weleda Plastic-Free or Low/Zero-Waste?
Weleda products come in plastic and glass packaging. They also offer a recycling program in partnership with TerraCycle.

In Switzerland 1921, Weleda was founded on the belief that people are part of nature, grounded in a commitment to carefully orchestrate formulas that work with the body’s rhythms to awaken skin’s natural functions.
COMPANY BASED IN: Switzerland
PRODUCTS MADE IN: Switzerland, France, Germany
PRODUCTS: Skincare, Bath & Body Care, Oral Care
CERTIFICATIONS: N/A

You can find Weleda cruelty-free products at weleda.com, Target, Walmart, iHerb, and on Amazon.

By our standards, we would consider Weleda to be Cruelty-Free.

Below is a screenshot of Weleda’s official animal testing statement:

Weleda explains its position on selling its toothpastes and soaps in China on their UK website, stating:

I also asked them about post-market animal testing which is where Chinese officials will pull a beauty product off store shelves and test it on animals. This is often done without the company’s knowledge or consent. Weleda kindly responding by saying,

“First of all, there is no reason to believe that our soaps and dental care products would be subject to after-market testing in shops, since they are in no way classified as products (such as cosmetics) for which animal testing is seen as necessary by the Chinese authorities. We know that these products are not subject to testing based on our local contacts, and this has also been confirmed to us by a representative of Humane Society International working in China, as well as the Institute for In Vitro Sciences, which collaborates with PETA. We follow regulatory developments in China closely, and we react immediately to any developments. If the current situation should change, any affected products would immediately be withdrawn from the Mainland Chinese market.Our presence in China has always been small, but we do think that it is worth being there if it means that we can spread awareness of the benefits of natural cosmetics, and meet the needs of Chinese consumers for this type of product. We would not be selling any product in China if we had reason to believe that animals would be hurt because of this.”

In the case of Weleda, not all of their products are vegan. But they have some products that are suitable for vegans.

How to know which of Weleda products are vegan?

All of Weleda’s vegan products are clearly marked on their website.

The following is a screenshot of what’s currently stated on Weleda’s official website about its vegan products:

The following Weleda products are suitable for vegans and do not contain any animal-derived ingredients or by-products.

The following products from Weleda are not vegan as they contain beeswax, lanolin, milk, or some other animal-derived ingredient: