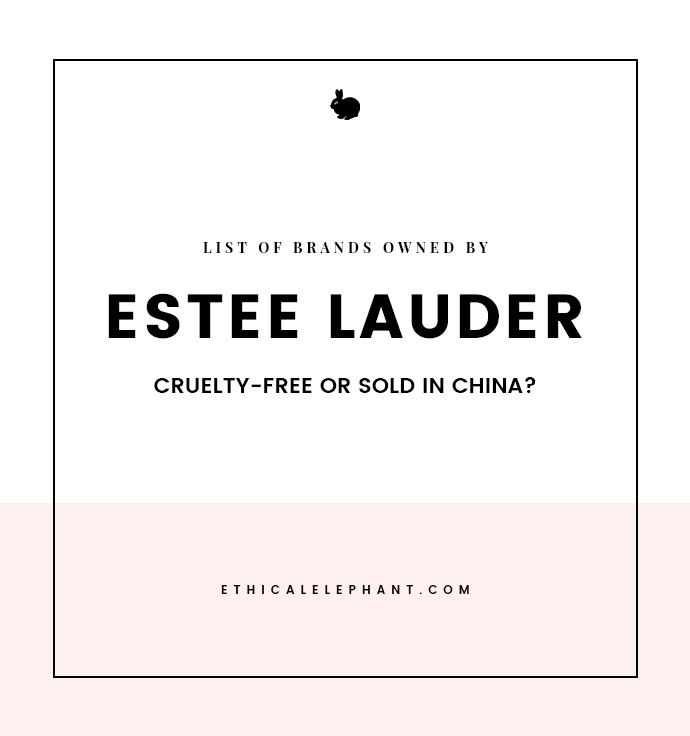 No. Estée Lauder is not a cruelty-free corporation as some of their brands are sold in Mainland China where animal testing is required by law for all imported cosmetics.

However it should be noted that 6 of Estée Lauder brands are PETA certified cruelty-free: Aveda, Becca Cosmetics, Bumble and Bumble, Le Labo, Smashbox, and Too Faced Cosmetics.

Estee Lauder states that they do not test on animals or ask others to do it for them unless “a regulatory body demands it for its safety or regulatory assessment.”

This implies that Estee Lauder is selling their products in countries that require animal testing, most likely in Mainland China, where animal testing is required for all imported cosmetics.

Interestingly, Estee Lauder omitted a lot of information from their current animal testing statement compared to what they had on their website 3 years ago. Thank goodness for screenshots, because I have a copy of what was written on Estee Lauder’s website in 2015 which explains a lot more about their stance on selling in China and testing on animals.

Below is a screenshot I took on November 13, 2015 of Estee Lauder’s animal testing policy:

China’s animal testing laws that require all imported cosmetics to be tested on animals still applies in 2018 so not much has changed but it’s interesting that Estee Lauder has updated their animal testing statement and removed all of the details about China.

As explained by Estée Lauder, they are a global company and therefore some of their brands and products are sold internationally, including in China where it is required by law to test all imported cosmetics on animals.

Therefore, I would not consider Estee Lauder or any of their brands that are sold in Mainland China to be cruelty-free.

When a corporation, as large as Estee Lauder, has over 30+ brands in its portfolio, it’s sometimes hard to tell which brands are selling in China, or certified cruelty-free, or brands that naturally inherit their parent company’s animal testing policy.

I wanted to list out all of Estee Lauder’s brands to help with:

No notes – It has not been confirmed whether this brand sells in China, buy or boycott at your own discretion.

Coty Brands – Which Ones are Cruelty-Free or Sold in China?

Does Spectro Test On Animals? or Cruelty-Free?

Does NeoStrata Test On Animals?

Does Elizabeth Arden Test on Animals?