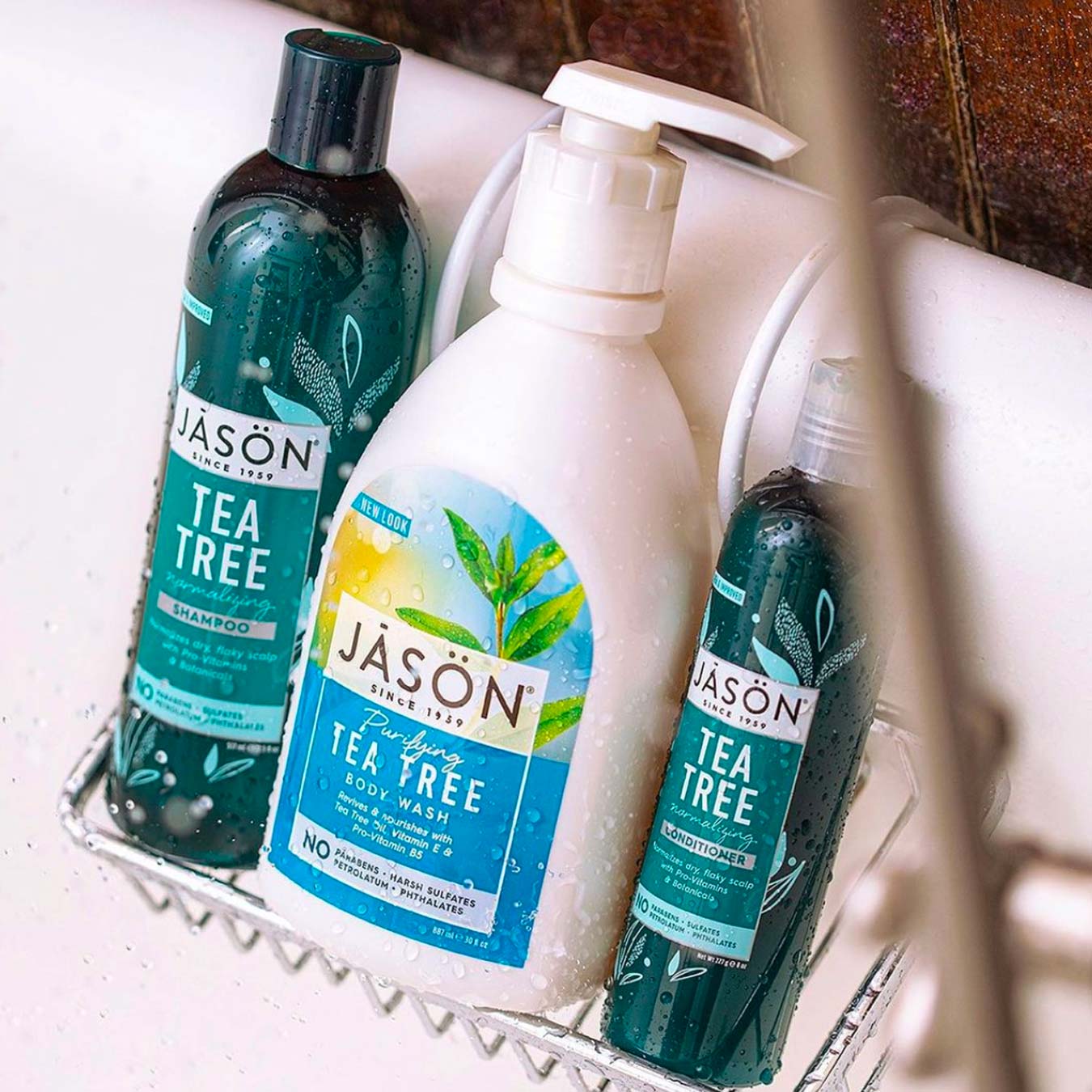 Is JASON Cruelty-Free and Vegan?

Supporting companies that share the same values and ethics to what matters most to us is how we can drive positive change in this world. Here’s a quick summary of JĀSÖN’s ethics and initiatives.

Is JĀSÖN cruelty-free, vegan, or sustainable? We’ve got the answers here! Read below for more details on JASON’s policies.
Is JASON Cruelty-Free?
JĀSÖN is cruelty-free. None of JĀSÖN’s ingredients, formulations, or finished products are tested on animals, anywhere in the world.
Is JASON Vegan?
Not all of JĀSÖN’s products are vegan but they have some vegan options.
Is JASON Sustainable?
JĀSÖN claims they believe in ethical and sustainable agriculture and business practices, including organic farming and they source certified organic ingredients whenever possible.
Is JASON Plastic-Free or Low/Zero-Waste?
JĀSÖN products come in plastic packaging. I couldn’t find anything stating they’re working on reducing their use of virgin plastic in their product packaging.

You can find JASON’s cruelty-free products at Target, Walmart, Well.ca, iHerb, and on Amazon.

By our standards, we would consider JĀSÖN to be Cruelty-Free.

Below is a screenshot of JASON’s official animal testing statement:

But JĀSÖN has confirmed they do not sell their products in retail stores in mainland China; therefore, they are not required to test on animals.

In the case of JĀSÖN, not all of their products are vegan. But they have some products that are suitable for vegans.

How to know which of JĀSÖN products are vegan?

All of JĀSÖN’s vegan products are clearly marked on their website. They also claim all of their products are vegan with the exception of its Cooling Minerals & Tea Tree Muscle Pain Therapy which contains beeswax.

The following is a screenshot of what’s currently stated on JASON’s official website about its vegan products: