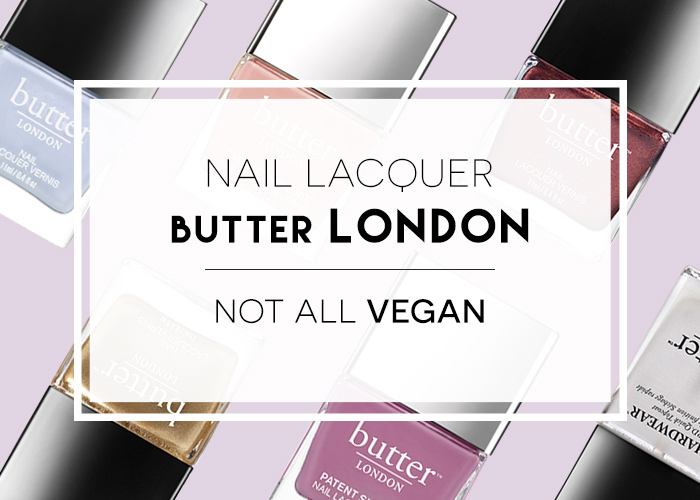 I’ve always thought butter LONDON’s nail polish were all vegan-friendly and did not contain any animal-derived ingredients or by-products but I was creeping around their website recently and didn’t see them mention anything about being vegan. So out of curiosity, I emailed the company asking for clarifications.

Without much of an explanation, they sent me a list of their products that are vegan and to my surprise, most of the products they mentioned were just nail treatments and top coats– with the exception of their Patent Shine 10X™ Nail Lacquer.

**Update! (July 6, 2015) It has come to my attention that some readers have been skeptical about the response I’ve received from a butter LONDON rep, so I emailed them again to triple check if the statement was correct and received the following response:

Yes. We have verified this with the manufacturer. As per the list that I provided you with in an earlier message, please note that only the new Patent Nail Lacquers are considered vegan. The regular nail lacquers are not. 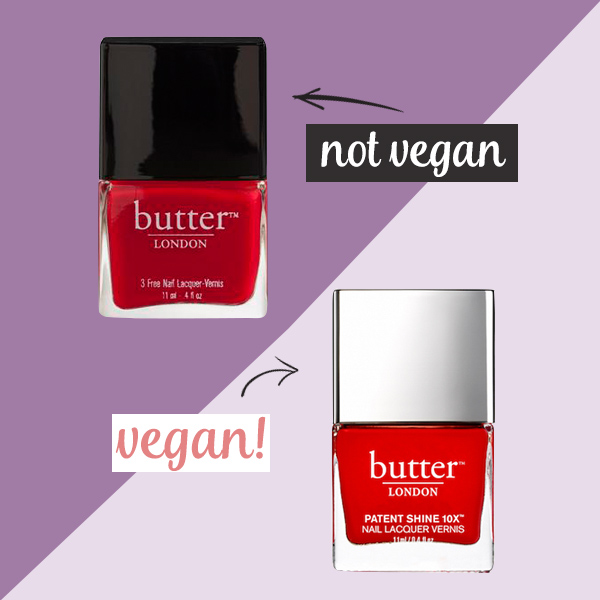 Scotch Naturals is Cruelty-Free but No Longer Vegan

What Your Cruelty-Free Brand Isn’t Telling You

5 Lies Your “Cruelty-free” Brand is Telling You

Scotch Naturals is Cruelty-Free but No Longer Vegan