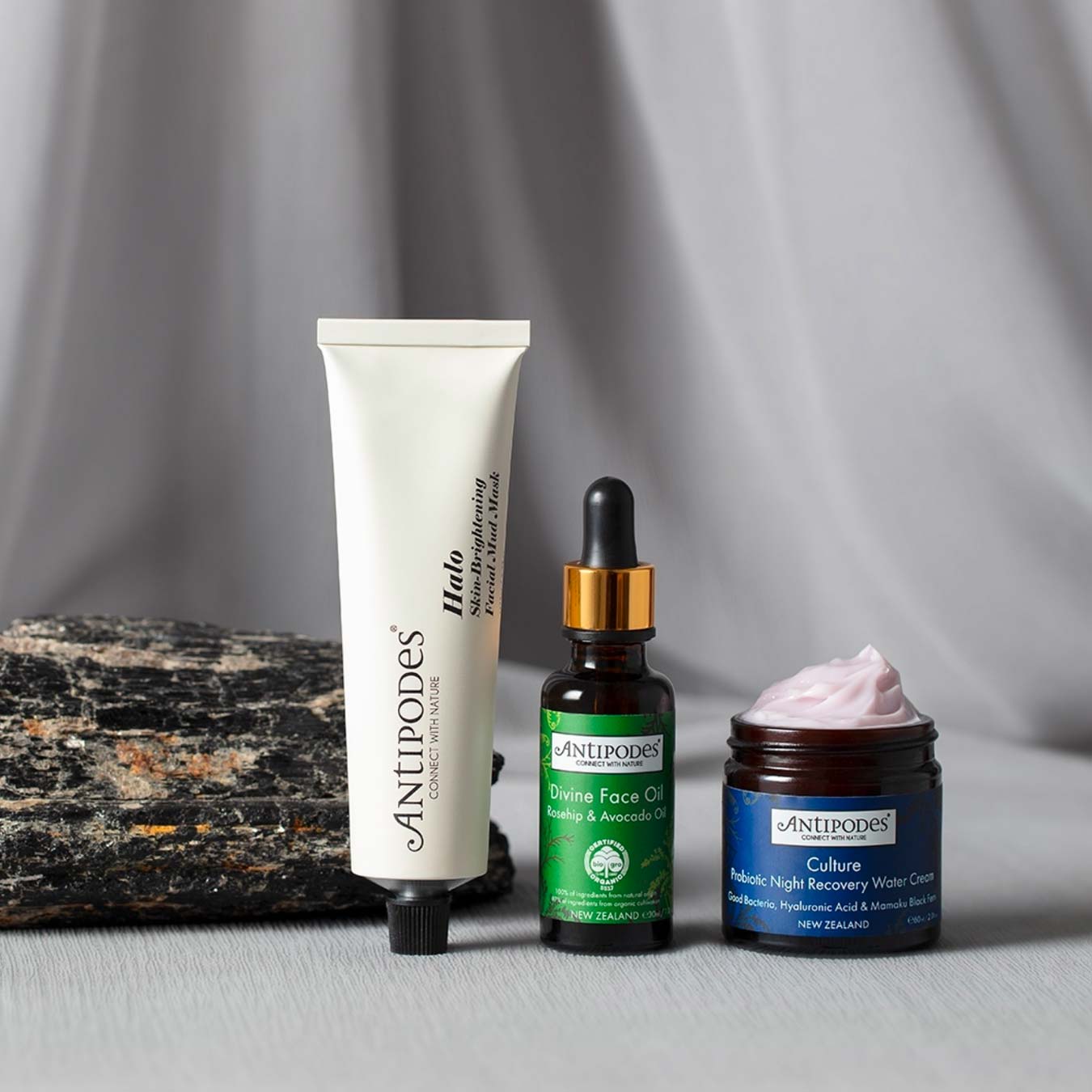 Is Antipodes Cruelty-Free and Vegan?

Make a positive impact by supporting companies with the same values and ethics as what matters most to you. To navigate and find ethical brands, here’s a summary of Antipodes’ ethics and initiatives.

Is Antipodes cruelty-free, vegan, or sustainable? We’ve got the answers here! Read below for more details on Antipodes’s policies.
Is Antipodes Cruelty-Free?
Antipodes is cruelty-free. None of Antipodes’ ingredients, formulations, or finished products are tested on animals anywhere in the world.
Is Antipodes Vegan?
Not all of Antipodes’ products are vegan, but they have some vegan options.
Is Antipodes Sustainable?
Antipodes is committed to using local ingredients sourced from sustainable growers, and that use organic or biodiverse farming methods, so there’s no impact on the environment. That includes local growers, beekeepers, printers and manufacturing close to their Wellington headquarters.

Antipodes also defines sustainability as “traceability of key ingredients, extraction processes using pure water and organic or biodiverse farming methods that have little impact on the environment. Our focus is on two key areas – packaging and sustainably harvested ingredients.”

Additionally, Antipodes is committed to reducing plastic in their packaging and their mantra has always been “repurpose, reuse, recycle.”
Is Antipodes Mica Ethically Sourced?
Antipodes claims their mica is ethically sourced without child labor. See their ethical mica mining policy here.
Is Antipodes Plastic-Free or Low/Zero-Waste?
Antipodes states they minimize all plastics and use the most environmentally-friendly options, including recyclable jars, aluminum tubes, and cardboard. They also use 100% “eco-ink” derived from vegetables.

Antipodes states they currently use plastic shrink wrap on each pot, but they’re working on a biodegradable alternative.

You can find Antipodes cruelty-free products at antipodesnature.com and Amazon.

By our standards, we would consider Antipodes to be Cruelty-Free.

Below is a screenshot of Antipodes’ official animal testing statement:

In addition, I emailed Antipodes to ask them for more information about their animal testing policy. The following is a snippet of the response I received from them:

“We can confirm that Antipodes product range is free from animal testing.  All Antipodes products are Vegetarian Society Approved. We never test our skincare on animals, and there’s no cross-contamination during the production process. All our products are free from any animal ingredient resulting from and free from genetically modified organisms (GMOs). We don’t use any animal by-products except honey, which is accepted and eaten by vegetarians because honeybees must make honey to live.

Antipodes® is thrilled to announce that its scientifically validated and certified organic premium natural skincare and makeup has been awarded official vegan status by the Vegetarian Society of the United Kingdom, the oldest and most respected vegetarian in the world.“

Antipodes has confirmed they only sell online and not in retail stores in mainland China; therefore, they are not required to test on animals.

“We don’t sell in stores in mainland China as you must test on animals (which we would never do), therefore our only way around this is to sell online via Chinese platforms which sells cross border parcel to parcel.”

Antipodes is Not 100% Vegan

In the case of Antipodes, not all of their products are vegan. But they have some products that are suitable for vegans.

The following is a screenshot of what’s currently stated on Antipodes’ official website about its vegan products:

How to know which of Antipodes products are vegan?

Antipodes clearly marks all of its vegan products on its website. See below for an example.

So I asked Antipodes if their mica is ethically sourced without the use of child labor and they responded by stating,

“The mica we use is sourced from the USA, is ethical without the use of child labour.”